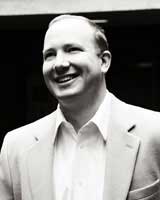 In Devin’s legal practice, he has been a prosecutor, a defense attorney, a visiting law professor in a foreign country, a judge, and has been in private practice in two states. His wide range of legal experiences helps him relate to his clients and gives him a unique perspective on prosecuting cases. He has engaged in several high-profile cases and received media attention for his cases going back to law school when he did his first jury trial as a law student. He enjoys guiding families through the legal process and helping them receive compensation from the parties responsible for injuring them.