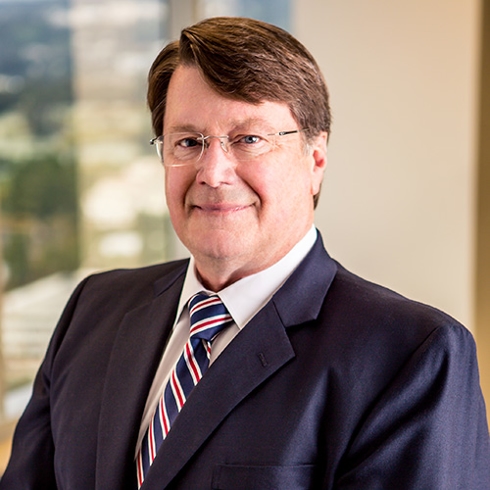 For 40 years, Clay has championed the rights of victims and their families in personal injury and wrongful death lawsuits across the nation stemming from major accidents involving aviation, boats, buses, trains, tractor-trailers and auto defects.

Prior to joining Baum Hedlund Aristei & Goldman, Clay was a partner at the Los Angeles law firm of Magaña, Cathcart & McCarthy for more than 20 years. He worked on many of the firms high profile catastrophic injury and wrongful death cases. Among the many cases he handled, he successfully represented the plaintiffs in an aviation insurance bad faith action resulting in the recovery of over $9 million in compensatory and punitive damages.

In a truck accident case, Clay successfully represented the heirs of a trucker who was killed in a highway accident involving another long-haul truck, obtaining a seven-figure resolution on behalf of his clients.

Clay also represented the interests of a young woman who suffered life-changing injuries, including brain damage and hemiplegia, after her airbags failed to deploy when her vehicle was forced off the road and collided with a utility pole. An ensuing product liability case against the manufacturer of the airbag control module resulted in a multi-million-dollar verdict in favor of Clay’s client at trial, and then retained that judgment by successfully representing his client’s interests before the Ninth Circuit Court of Appeal.

Another transportation lawsuit against a major bus company and bus manufacturer resulted in Clay obtaining justice on behalf of passengers who sustained profound injuries in a devastating bus crash. The case concluded with a multi-million-dollar award for the represented parties.

Clay has also worked on numerous boating accident cases. He has litigated personal injury and wrongful death cases for passengers injured on tour boats, pleasure craft, cruise ships, charter boats, and competitive fishing boats. He has also represented seaman injured on commercial ships. He is currently representing several passengers injured in Hawaii while on a lava boat that came too close to the active lava flow from the Kilauea volcano. Passengers were injured when lava bombs came raining down on them. Clay has extensive experience with federal and general maritime law.

Throughout his career, Clay has received numerous honors and awards, as well as the coveted peer review rating of A.V. Preeminent (the highest possible rating for preeminent legal ability and ethics) from Martindale Hubbell, the national directory of attorneys. He has also been appointed Judge Pro Tem by the Los Angeles County Superior Court.

In his free time, Clay enjoys traveling with his wife, Kimberly, spending time with his children and grandchildren, and running and fishing in the Pacific Northwest with his brother. Clay is also a diehard fan of UCLA athletics.

The Bar Register of Preeminent Lawyers