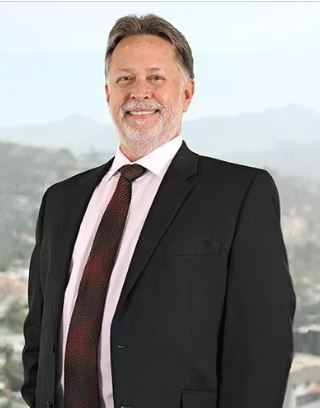 During his career, Dan has successfully assisted clients in obtaining numerous seven and eight figure settlements. For many years, Dan has also been honored to be a member of the American Board of Trial Advocates (ABOTA), the National Trial Lawyers Association Top 100 Trial Attorneys, and Super Lawyers.

Dan began his career with a top-notch defense firm in Los Angeles, Knapp, Petersen & Clarke. He rose through the ranks quickly, becoming one of their top litigators and making equity partner faster than anyone was allowed to under firm policy. However, Dan had landed a major national trucking company client, in addition to other clients, so the firm made their first exception for him.

Dan left Knapp Petersen to join an international firm based out of New York. He was the high exposure litigator for the Los Angeles office. Dan left that firm to become the high exposure litigator for CNA in Los Angeles. Within 6 months they promoted him to managing attorney and the firm grew from 17 attorneys to 30 top quality litigators under his direction. Dan also had an Appellate Department that was instituted during his tenure.

Dan was elected to leave CNA and go back into litigation with his own book of business dealing with personal injury, plaintiff insurance bad faith, plaintiff coverage, and pro bono work for Christian organizations in federal court. He began doing Plaintiff PI work 12 years ago with a firm where they obtained many 7 and 8 figure settlements and verdicts.

He settled a case for $10 million on behalf of a pedestrian struck by a vehicle, utilizing a structured settlement, the value of the final payout had a value of over $20 million. Dan was co-counsel on a case that was tried in defense-oriented Orange County that resulted in a $11 million jury verdict. He successfully settled an insurance coverage/bad faith case on behalf of his client for $7.25 million, after a long battle regarding the number of damages. Dan was also co-counsel in a case in downtown Los Angeles where a pedestrian was struck by a bus where the jury awarded $7 million solely for pain and suffering. These are just a few case highlights Dan has settled.

Outside of work Dan and his wife Teresa love traveling with their family, spending time outdoors; hiking, skiing, fly-fishing, and being involved in giving and helping others through their church. He and his wife also enjoy cooking and getting together with friends.