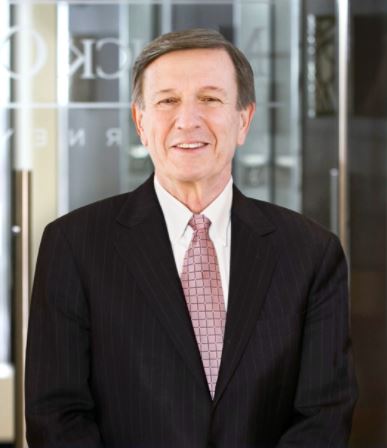 In 2016, Ted was installed as the President of the Association of Plaintiff Interstate Trucking Lawyers of America (APITLA) and received the Thurgood Marshall Fighting for Justice Award at the 2016 APITLA Summit.

Ted understands that being the victim in a personal injury case is a highly traumatic experience. It can become even worse if you are not represented by attorneys who have the experience to advocate for your rights and the best possible recovery you are entitled to under the law.

Ted handles all types of personal injury and product liability cases, including complex trial matters involving wrongful death and permanent disability. Ted regularly receives referrals from attorneys and professionals in Massachusetts and other states because of his reputation for handling car accident cases and interstate trucking accident cases in a professional and efficient manner.

If a case is accepted, the client and the referring attorney have Ted’s commitment that he will expend the necessary time and financial resources, as well as employ in-house staff and specially retained outside experts, to resolve the claim. For each case, the firm assembles the team of professionals best suited to pursue the maximum recovery for the client.

Because of Mirick O’Connell’s reputation in the community and in other states, the firm has developed strong relationships with many other professionals, including actuaries, doctors, accountants, economists, bankers, vocational experts, accident reconstruction experts, and engineers. These professionals provide pre-trial opinions and testify at trial. Their expert reports and testimony have resulted in many favorable settlements.

Because of the size of some settlements, Mirick O'Connell's Personal Injury attorneys work closely with our Trusts and Estates Practice Group, as well as with tax experts, actuaries and nationally-known consultants, in the preparation of structured settlements. This type of settlement can provide clients with funds to cover a minor's education expenses as well as lifetime income.

Obtained a $22.65 million judgment in a drunk driving case - this is reported to be the largest award ever for a Worcester County personal injury case.

Volunteered legal services to obtain a $2.15 million award for a young boy who lost his father on September 11 onboard Flight 11

“The importance of having enough automobile insurance coverage,” On Air with Mirick O’Connell legal podcast, October 22, 2020

Quoted in "How effective are liability waivers in the age of the novel coronavirus?," American Bar Association Journal, July 2, 2020

Quoted in “State to send another $130 million in emergency aid to long-term care sites,” The Boston Globe, April 27, 2020

"Taking Care of the Elderly during COVID-19,” On Air with Mirick O’Connell legal podcast, April 24, 2020

"What to do When You are Injured by a Drunk Driver," The Lawyer's Log Book, Volume 2

Ted has been invited to speak in Las Vegas, Atlanta, St. Louis, Boston and Chicago on the preparation and trial of personal injury cases and interstate trucking cases. He has been a featured speaker on a number of occasions on trial topics and on brain injury cases of the West LegalEdcenter©. These national web seminars are broadcast throughout the United States.

Ted's high-profile cases have been featured in many news publications, including the National Law Journal, Massachusetts Lawyers Weekly, the Boston Globe, the Boston Herald and the Worcester Telegram & Gazette. He has also been interviewed or featured on television news programs in New England and Canada

Ted Bassett presented Massachusetts Congressman James McGovern with the "Promoting Highway Safety Through Legislation” award for his work as a champion of safe highways at the APITLA National Interstate Trucking Summit on September 16, 2011.

Massachusetts Academy of Trial Attorneys, Board of Governors

Anna Maria College, Board of Trustees, former member of the Executive Committee

Ted Bassett represented a young woman hit by a drunk driver who was on his way home from a local bar. The young girl sustained permanent brain damage with memory loss and cognitive deficits. The defendant was sentenced to eight to ten years in jail. Ted sued the drunk driver and the six bars where he drank before the accident. Ted obtained a judgment totaling $22.65 million—which was reported to be the largest personal injury judgment in Worcester County, Massachusetts.

Ted Bassett successfully prosecuted a case against a landlord who negligently failed to inspect the sliding glass doors in a second floor apartment.

Ted Bassett also obtained a judgment in the Worcester Superior Court for $2,049,867.00 for the victim of a drunk driving accident.

Ted Bassett secured a $2.1 million settlement for a client injured when a Canadian Trucking Company failed to properly secure a cargo of lumber. It was later discovered that the truck driver was fatigued and had falsified his logbook.

Although plaintiff was injured in a foreign country, Ted Bassett successfully negotiated a settlement in the Federal District Court of Massachusetts for the injured plaintiff.

Ted Bassett has been an advocate for safety regulations at amusement parks. Quoted in the Boston Herald, I don’t think anybody can give a rational reason why amusement parks should be exempt from regulations when the safety of our children is at stake.

Court approved an award of $270,000 for child who was injured by a dangerous toy which had been the subject of a recall by the Consumer Product Safety Commission.