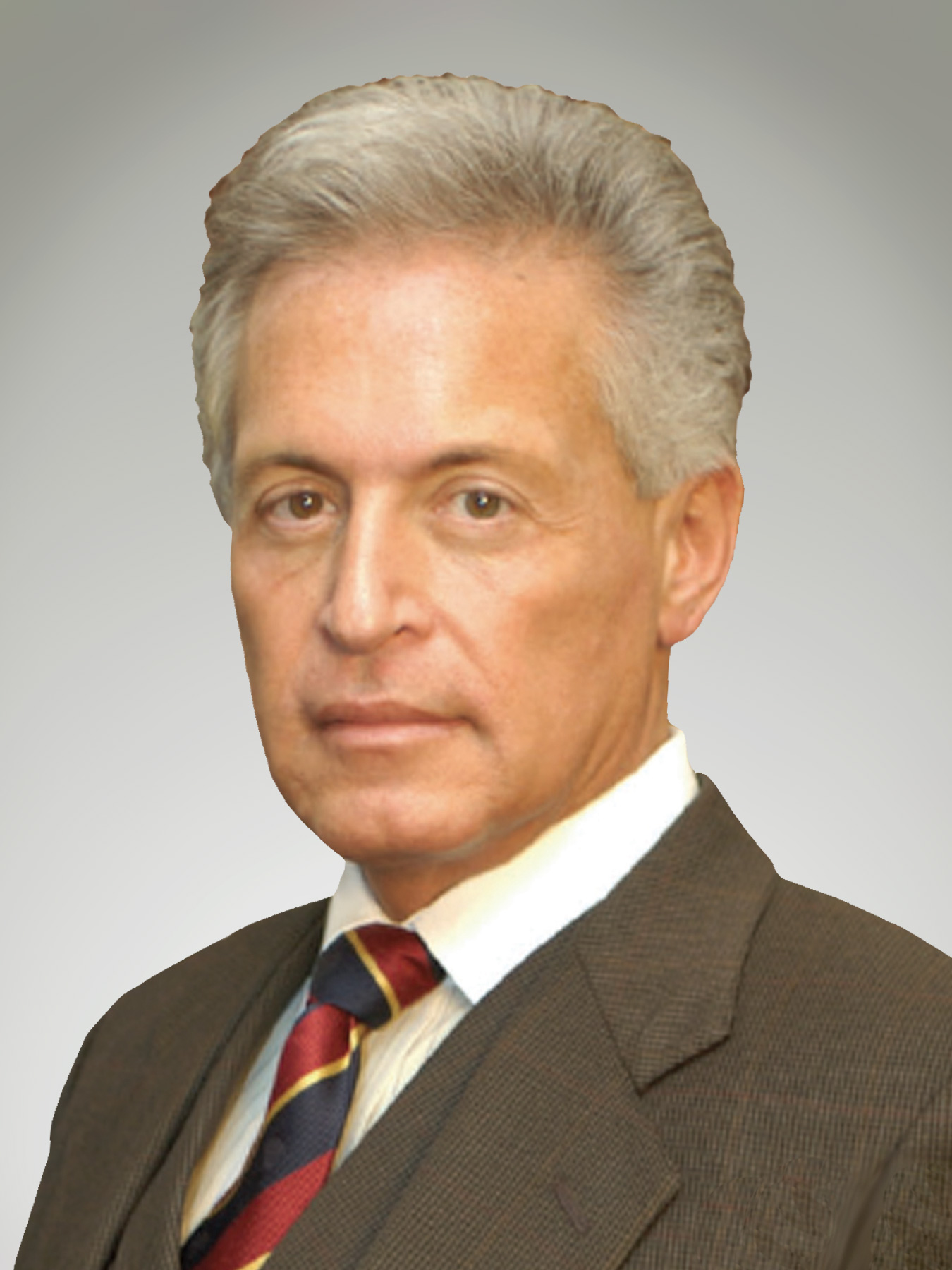 Michael Maggiano, the founder and senior partner of Maggiano, DiGirolamo & Lizzi, has specialized in all areas of motor vehicle collisions from auto to trucking and bus accidents as well as train wrecks for over 45 years now! He has worked as part of the trial team in the largest construction accident case in New Jersey and perhaps U.S. history. He was counsel in the In re Amtrak Train Disaster of 2015. He has handled high profile cases around the country in all areas from inadequate motel and hotel security cases, to mishandling of bodies and medical malpractice, achieving seven and eight-figure recoveries routinely. He was awarded the New Jersey Association for Justice Gold Medal Award. Received the Professor Clapp Lecturer Laureate by the New Jersey Institute for Continuing Legal education. Received the “Mel” Award for achievements in Civil Litigation by the Melvin M. Belli Society. Received a Life Time Achievement Award from Chicago Kent College of Law as one of the most highly recognized alumni in its one hundred and twenty-five year history. He has been called in as lead trial counsel by many lawyers around the country as he is known to be able to try any type of personal injury successfully and has the documented track record to prove it. He is widely acknowledged by his peers as one of the top trial lawyers in the New York/New Jersey Metropolitan area. He has tried cases throughout this area as well as various other states of the United States.

Maggiano’s education includes a Juris Doctor with Honors in 1974 from IIT-Chicago Kent College of Law with a class rank of 17 in a class of 160. He also went on to graduate from Fairleigh Dickenson University with a Bachelor of Science Economics in 1970.

As far as public appearances go, Maggiano has spoken at dozens of conventions and seminars around the country on legal topics and continues to do so actively. His topics range from the intricacies of legal techniques and strategies to specialized medical situations. He has appeared on both local and national television on various topics in the law. His cases and trials have been reported both in the general media and legal reporting journals. He has also had dozens of his articles published about winning for the injured in leading legal journals.

Maggiano is also a Fellow of the American College of Trial Lawyers and an Advocate Member of the American Board of Trial Advocates. He is a past President of the New Jersey Association for Justice and the Melvin M. Belli Society, which is a highly select society of trial lawyers and barristers with notable members throughout the world.

Board of Directors: The Hemodialysis Foundation of New Jersey

At Maggiano, DiGirolamo & Lizzi, we promise you a level of certainty, confidence, and respect. We are seasoned, driven trial attorneys who will take on your case and offer you a wide variety of results. With over 80 years of cumulative trial experience, we have the experience and focus to handle nearly any kind of case. No matter how complex or specialized, we’ll be there for you. Our successes span a wide range – you can see some of the cases we handle, and a short overview listed below.

The effects of a car accident could be devastating for you or a loved one. Possible injuries sustained could include anything from brain and head injuries, neck injuries, back injuries, all the way to internal or even psychological injuries stemming from the accident. Major causes of vehicle accidents can include driving under the influence of alcohol or drugs, distracted driving caused by a cell phone or other disturbances, defective car parts, or even weather conditions. In the state of New Jersey, an average of 1.6 people are killed daily by car accidents and we believe this number is too steep.

Highway safety guidelines and standards can unfortunately be thrown under the bus sometimes, causing life-threatening accidents as a result. You could have a personal claim against your local municipality if you or a loved one has suffered an injury as a result of these unsafe road conditions. Dangerous conditions on a roadway could include debris left in the roadway, construction items strewn about, malfunctioning warning signals and more. Failure to upkeep road maintenance only puts drivers at risk!

“Dram shop” laws are put into place to hold facilities that sell alcohol liable for injuries sustained by patrons. Bars and drinking establishments have a liability to cut off patrons who already appear to be visibly intoxicated to prevent them from further injury including driving under the influence, a fall sustained as cause of having too much to drink, or even an assault that breaks out after an intoxicated person is given much more alcohol. Damages can be recovered if a server is deemed negligent and you will need a lawyer on your side to work with you on your case.

Of 4,175 working fatalities in 2012, nearly 20% were construction workers – this number makes them one of the most dangerous workplaces in the U.S. Many accidents stem from causes such as caught in or between objects, falls, struck by objects, or electrocution. Regulations must be put in place on the work sites and followed; however, when they are not, contractors, work site owners, or equipment manufacturers could be held liable when an injury occurs. We have the prior experience it takes to help you with your claim.

Welding skills are needed in many professions; however, it can be an extremely dangerous undertaking as more than four welders in every 1,000 will suffer a fatal injury on the job. Welders are responsible for working in sometimes very high temperatures or tightly confined areas that can put them at risk for serious injuries. This could lead to severe burns, skin lacerations, eye damage, electrical shock, and more. There have been OHSA regulations put in place to maintain the safety of welding workers in the U.S., but sometimes-unreasonable sites put workers at risk, nonetheless. Safety standards can minimize the risk but, in some cases,, people will be held liable for making unsafe conditions.

Heavy machinery can bring with it many potential risks, so safety that includes machine guards is extremely necessary for workplaces to prevent injuries. Safeguarding devices can prevent the worker from coming into contact with the dangerous part, or even detect the worker’s contact with the dangerous area and stop the motion of the machine. Proper design and installation can be used to ensure that employees stay safe; however, in a case where certain requirements were not meant, you can contact us for more information.

The owner of a property is almost always liable for injuries sustained on said property due to dangerous conditions, lack of maintenance, or certain other factors. This can include slip and fall accidents, inadequate security, unsafe buildings, or even animal attacks. Property owners will owe different levels of responsibility depending on whether the person was an invitee, licensee, or a trespasser and it is their responsibility to make sure that the premises remains safe. If you or a loved one has been injured as a result of unsafe conditions, you should contact us.

Nursing home abuse can be seen as a widespread problem across the U.S. where many people are trusting in leaving an elderly loved one in the wrong hands. In a 2011 study, it was found that 7 to 10 percent of elderly Americans suffered some type of abuse in the prior year. This could include physical abuse, sexual abuse, psychological abuse, financial exploitation, or neglect. There are signs to watch out for but if you suspect that abuse has taken place, it is time to speak to one of our attorneys about options.

When a loved one dies as a result of wrongful acts or negligence of another person, there are certainly grounds for a wrongful death lawsuit. Medical malpractice, which causes upwards of 100,000 deaths per year, is followed on by other types of negligence such as car accidents, unsafe products, and workplace accidents. The decedent’s estate or heirs, his or her spouse and children who received benefit from the deceased during his or her life, are entitled to speak to an attorney about how to move forward during this extremely difficult time.

To this day, approximately 5 million Americans live with brain injury-related disabilities. Traumatic brain injuries can result from a blow to the head like during a car accident, an object penetrating the skull, or a concussion. More than 40% of all people who are hospitalized for a traumatic brain injury will continue to experience some sort of related disability one year after the incident. The best way to receive compensation for medical expenses resulting from an injury is to file a personal injury claim.

In 2013 alone, nearly 450,000 Americans received medical treatment for burns. We can help if you or a loved one has been severely burned as a result of a car accident, defective product, or other example of extreme negligence. In a burn injury case, a lawyer establishes who is at fault for the injury and uses complex medical information to demonstrate the magnitude of injury to the tissue and treatment at many levels to get you the compensation you deserve.

Worker’s compensation provides benefits to workers who are injured or who contract an occupational disease while working. Employees are entitled to receive reasonable and necessary medical care, temporary disability benefits during the period of rehabilitation, and even sometimes benefits for permanent disability when the situation calls for it. We will work with you and answer questions on what may occur at your informal hearing for worker’s compensation. You may have a case even if you think you don’t, so call today.