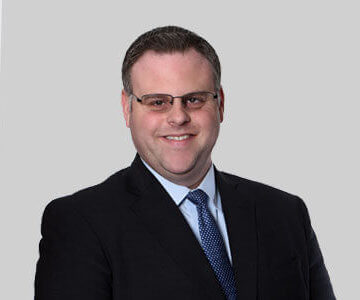 Michael Reiner is a partner at Schwartzapfel Lawyers P.C., who fights for individuals who have been seriously injured due to the negligence of others. Through his tireless determination and his unique advocacy skills, Mike has recovered millions of dollars on behalf of his clients in construction site accident, personal injury, and wrongful death claims which have earned him membership in the exclusive “Million Dollar Advocates Forum.” In 2018 and 2019, Mike was selected to the prestigious Super Lawyers New York Metro Rising Stars list. In 2019, Mike earned national recognition by The National Trial Lawyers being named to the “Top 100” list as well as the “Top 25” Motor Vehicle Trial Lawyers.

Mike has earned a reputation for achieving exemplary results through jury trials, mediations, arbitrations and settlements. Mike’s superior litigation skills have been recognized and published in New York Law Journal’s “Top Verdicts” and “Top Settlements” for years 2013, 2015, 2016 and 2017.

Mike is a member and lecturer for the New York State Academy of Trial Lawyers, a statewide organization, where he has educated lawyers from across the state on

Mike’s unparalleled passion for obtaining justice for his clients is rooted in his professional and personal background. Mike’s desire for helping those who have been seriously injured due to the fault of others stems back to his childhood when he was the victim of a truck collision. As a teenager, Mike was forced to undergo major surgery to his neck. Mike understands the effect an injury has on an individual and their family. He remembers the anxiety and the uncertainty the future holds. As a result, Mike prides himself on treating his clients with passion, empathy, and respect. He understands the lengths insurance carriers and corporate defendants will go to avoid responsibility.

Mike primarily represents construction workers, pedestrians, motorists, and their families, who have been significantly injured or killed as a result of someone else’s wrongdoing.

He began his legal career as a prosecutor in the Nassau County District Attorney’s Office where he successfully litigated in excess of one hundred cases including homicides, home invasions, robbery, gang assaults and vehicular assaults related to DWI and drugged driving offenses. After a short period of time, Mike was promoted to the prestigious Major Offense Bureau, becoming its youngest member where he investigated and litigated the most serious cases in Nassau County. As co-chair, Mike secured a conviction in a 25-year-old cold case murder trial that gained national media attention.

After leaving the DA’s Office, Mike joined one of New York’s largest medical malpractice firms where he defended doctors, hospitals, podiatrists, dentists, and chiropractors against allegations of malpractice. This position broadened his knowledge and gained special insight into medical issues integral to his injury cases at our firm.

Mike’s passion for helping others extends to community outreach programs. Mike has lectured, in conjunction with the Nassau County Police Department, local high school students about the dangers of drunk, drugged, and distracted driving. Mike continues to volunteer his time for causes such as MADD and routinely represents victims and their families in cases involving drunk/drugged driving.

Mike also volunteers his time mentoring youths while coaching his son’s baseball and flag football teams in his local community.