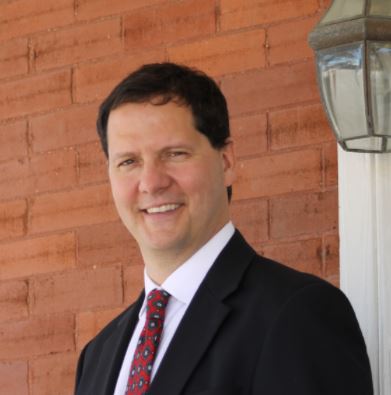 Jarome Gautreaux is a personal injury trial lawyer. He represents people who have been seriously injured, as well as the families of people killed because of carelessness or negligence.

Over the years, he has successfully recovered more than 100 million dollars in a variety of personal injury cases.

Jarome's reputation for client focus and case success has led to other lawyers requesting his assistance with complex personal injury litigation.

What drives Jarome every day is his strong belief that the amount of money someone has should not dictate the justice they receive. It is for this reason that he has never worked for corporations, insurance companies or other interest groups. Instead, he thrives on helping the people who need it most—people who have suffered at the hands of others and deserve compensation.

Jarome has been practicing personal injury law in Georgia since 2000. Prior to that he was chosen as one of a select few as a Federal Law Clerk for a Federal Judge in the U.S. District Court for the Central District of Illinois. He has published numerous articles on trial practice, evidence, insurance and civil procedure.

Jarome serves as an adjunct professor at Mercer Law School, where he currently teaches Advanced Torts. He also lectures to legal groups on a variety of legal topics, including evidence, trial practice, governmental liability, and expert witnesses.

In his time away from work, Jarome enjoys spending time with family, training in the martial arts, playing the guitar, reading and traveling.

Has the highest possible rating (10 out of 10) by Avvo

Has the highest rating of AV Preeminent by Martindale Hubbell

Anticipating the Anticipation of Litigation Objection: A Review of the Law Regarding Statements and Some Suggestions for Obtaining Them, The Verdict Magazine, (Spring 2009)

“If It Happens in the Emergency Room, Is It a Gross Negligence Case? Challenges We Faced on the Road to a $5,000,000 Verdict for Our Client in an Emergency Room Case,” Superstar Personal Injury Seminar (January 23, 2014)

Court of Appeals of Georgia

All Georgia Superior and State Courts

US District Court for the Middle District of Georgia

US District Court for the Northern District of Georgia

Supreme Court of the United States

The U.S. Court of Appeals for the Eleventh Circuit