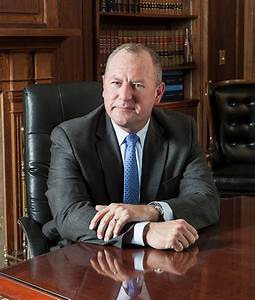 United States Court of Appeals for the Eleventh Circuit

University of Florida College of Law, J.D., with Honors

University of Florida H.B.A. International Business Case Competition Team (among only four students selected to compete against teams from around the world in London, Ontario)

Mr. Burnett has been a trial lawyer for over 20 years and focuses his practice on representing individuals and businesses who have been wrongfully injured and damaged. Mr. Burnett represents and advocates for people and companies who have suffered physical injury or financial harm due to the fault of others—whether the fault be intentional or accidental.

Mr. Burnett’s experience—which includes formerly defending medical malpractice matters on behalf of a major national hospital and formerly defending personal injury matters on behalf of a national insurance company—provides him with the insight and knowledge regarding the most effective strategies for pursuing these types of claims to maximize his clients’ recoveries. Mr. Burnett also has valuable experience handling cases where pharmaceuticals (i.e., drugs and medications) have caused catastrophic injuries, including death, whether it be due to tainted drugs, improper drug prescriptions, improper drug monitoring, or pharmacy malpractice (e.g., prescription mis fills, incorrect drug, incorrect dosage, adverse drug interaction).

Mr. Burnett has been awarded the AV-Preeminent rating by the Martindale-Hubbell Law Directory, which is the highest possible rating for legal ability and ethical standards. He is admitted to practice before all state courts in Florida and Tennessee, the United States District Courts for Middle, Southern and Northern Districts of Florida, the Middle District of Tennessee and the United States Court of Appeals for the Eleventh Circuit.