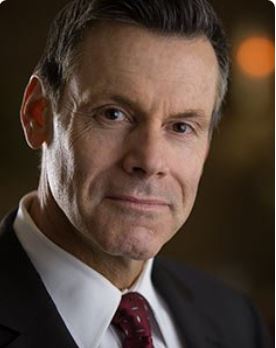 Lawrence A. LeBrocq is a widely recognized authority on personal injury law. Mr. LeBrocq is certified by the Supreme Court of New Jersey as a Civil Trial Attorney as well as an Arbitrator and Mediator in Personal Injury Law. With nearly thirty years of experience, he is the Managing Partner of the Personal Injury Department of Garces Grabler & LeBrocq, PC, a leading New Jersey law firm offering a full range of legal services to individuals and businesses throughout New Jersey, New York, and Pennsylvania.‍

Mr. LeBrocq has recovered more than $100 million on behalf of his clients over the course of his career. He has earned a spot in both the Million- and Multi-Million Dollar Advocates’ Forums®. He has also been lauded as one of the Top 100 Lawyers in New Jersey, a Top 25 Motor Vehicle Lawyer in New Jersey and as a Top 10 Personal Injury Lawyer in New Jersey among other prestigious accolades.‍

Coming from humble beginnings, Mr. LeBrocq knew from a young age that he wanted to be an advocate for those who needed it most. This desire to help others motivated him to become the first person in his family to go to college.‍

Looking back, he recalls his inspiration to ultimately enter the field of law:

My college guidance counselor recommended that I apply to law school because I was number one in my major. I found that I was very good at the kind of thinking and arguing that being a lawyer necessitates, and I wanted to put those skills to use helping people in need. And today, working in personal injury, I feel like I’m on the side of the angels. I work with every kind of person, including some of the poorest of the poor, and I help them get what they deserve from these multi-billion dollar companies who don’t want to pay them anything.‍

After graduating from Erskine College in South Carolina with a degree in secondary education and history, Mr. LeBrocq enrolled at the Mississippi College School of Law to pursue his noble goal of serving others. He earned his Juris Doctorate in 1988 and went on to obtain an Advanced Diploma in international legal studies from the University of the Pacific in 1989, rounding out his education with an LL.M. in international business law from the University of London in 1990.‍

Mr. LeBrocq is a formidable litigator and a champion of those injured due to the carelessness and negligence of others. With a willingness to take on giant insurance conglomerates, Mr. LeBrocq is highly regarded for his meticulous preparation of each case as well as his commitment to developing customized legal strategies that meet each client’s unique legal needs. He prepares each case as though it were going to be decided by a jury, an approach that has resulted in numerous multimillion-dollar verdicts and settlements.‍

Mr. LeBrocq has a unique perspective on prevailing trends and developments in the world of personal injury law. In particular, he has been paying close attention to tort reform in New Jersey.‍

The tort reform that insurance lobbyists are trying to pass in New Jersey limits the amount one can receive for a personal injury case. I find that completely disturbing—how can you put a cap on the value of a human life? For that reason, I’m a member of the New Jersey Association of Justice, which works to oppose that kind of tort reform.‍

Looking forward, Mr. LeBrocq hopes to get more involved in mass tort and larger cases, working not just to better the lives of his clients, but to improve the law itself. Additionally, he plans to teach seminars for the New Jersey Association of Justice. Beyond his law career, Mr. LeBrocq is a dedicated member of his community and coaches local children in an effort to give them access to the same kinds of community activities that helped him pull himself out of poverty as a child. He is happily married with three children.

Certified Arbitrator and Mediator for the Supreme Court of New Jersey

Car accidents can be complicated to deal with in the best of times. When it comes to an accident with an Uber or other rideshare service, filing a claim and receiving compensation can be even more complex. Today, rideshare services are incredibly popular due to how convenient they are, especially in areas where taxis aren’t seen as frequently.

Did you know according to the federal government, per mile traveled in 2006, there were 35 times more deaths from motorcycle accidents than from car accidents? It makes sense because they’re much smaller and lighter than cars, only have two wheels, and don’t enclose the rider in a box of metal...

Have you been injured as a result of someone else’s negligence? Whether you were in an auto accident, suffered from medical malpractice or any other situation that caused you harm, you need to know your options. Knowing when to hire a personal injury lawyer in...

Property owners who own and operate property are legally responsible for the safety of those who are on their property. They must maintain the property in a safe manner, in an attempt to protect people from foreseeable dangerous situations...

56-year-old construction worker suffered significant brain damage after a ladder slipped out from underneath him while he worked on it.

A 13-year-old girl was taken to the hospital complaining of severe back and abdominal pain. She was diagnosed as being anemic. Several weeks later, she was rushed to the hospital and diagnosed with end stage Renal Disease, resulting in her needed long-term dialysis.

Plaintiff was a passenger in wife’s vehicle when defendant ran a stop sign striking plaintiffs vehicle. He sustained aggravation of prior injuries to his low back requiring pain management procedures and spine surgery.