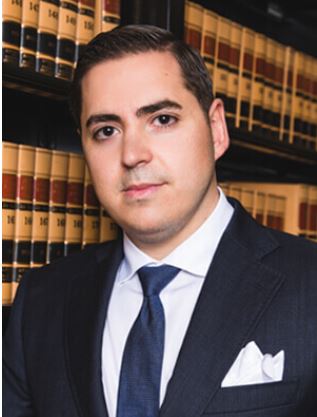 Daniel B. Miller, Esq. is a dedicated consumer advocate and gifted personal injury trial lawyer at Wilshire Law Firm. He concentrates his practice on personal injury litigation, specializing in providing support and assistance with complex legal issues to innocent victims across California. Daniel’s commitment to improving the lives of others has helped him recover tens of millions of dollars in favorable verdicts and settlements on behalf of his clients, including several multimillion-dollar results.

He attributes his success to the determined, analytical approach he brings to each case he works. Daniel methodically considers the evidence, scrutinizing the claims of accident reconstruction and other experts and discovering weaknesses that others miss. By carefully limiting his caseload, Daniel ensures that each of his clients gets the attention and respect they deserve.

His unique, client-focused approach has earned him the recognition of his legal contemporaries—Daniel was selected to the 2019 Southern California Rising Stars list by Super Lawyers and is an active member of both The National Trial Lawyers: Top 40 under 40 and The Motor Vehicle Trial Lawyers Association—Top 25.

Daniel received his undergraduate degree from the University of California, Los Angeles before being awarded his Juris Doctor from Loyola Law School, Los Angeles. He is determined to support underserved populations here in Los Angeles and serves as an Honorary Board Member for the Los Angeles Trial Lawyers’ Charities (LATLC).

US District Court for the Southern District of California

US District Court for the Central District of California

US District Court for the Eastern District of California

US District Court for the Northern District of California

The National Trial Lawyers: Top 40 under 40