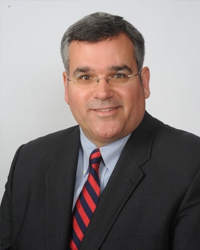 Dino S. Colombo has been litigating complex personal injury and wrongful death cases for the past 26 years. He is routinely involved in cases where permanent injuries, including brain injury and significant physical deformity is involved. Mr. Colombo’s practice focuses on trucking accidents and other catastrophic injury cases. He has tried nearly 100 cases to verdict and has handled numerous appeals. He and his team are consulted by lawyers from around the country when assistance is needed in working up and trying complex cases where the damages are in the millions of dollars.

Co-founded firm with Richard W. Stuhr. The law firm has extensive experience in handling large and complicated personal injury cases. Mr. Colombo has a tremendous amount of experience and success in handling cases involving automobile accidents, tractor trailer accidents, workplace accidents, and other serious personal injuries. Mr. Colombo has handled numerous cases involving wrongful death, brain injury, quad/paraplegic cases and other serious injuries where the stakes are very high. He has been involved in many wrongful death and personal injury cases where settlements have exceeded a million dollars.

Managing partner of the Morgantown office from January 1998 through August 31, 1999.

Associate with this law firm from August 1988 through December 1995. In January 1996, Mr. Colombo became the partner in charge of the Morgantown, West Virginia office.

Association of Plaintiff Interstate Trucking Lawyers of America – Board Member