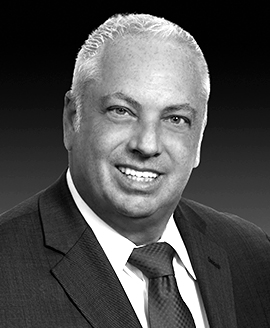 Renowned for his dynamic court presence and diligent attention to case details, Edward P. Capozzi has earned a reputation as one of New Jersey’s preeminent personal injury lawyers. Focusing exclusively on auto accidents, truck accidents, NJ Transit accidents, and products liability cases, especially those involving catastrophic injury and wrongful death, Edward has successfully represented clients up and down the East Coast and as far west as Michigan. Edward is one of a small percentage of personal injury attorneys in the Garden State to be certified as a civil trial lawyer by the Supreme Court of New Jersey, a testimony to his high level of accomplishment, experience, specialized education, advanced knowledge, and proven courtroom skill.

Notable keys to Edward’s success have been his aggressive and cogent cross-examination of expert witnesses, including medical experts, and the compelling narrative style of his courtroom presentations. As a result, Edward is in demand as a lecturer on trial technique throughout the country. One lecture topic Edward has truly mastered is the legal concept of proximate of cause, an essential case element a plaintiff must prove to hold a defendant liable for injuries.

Edward has written a book and has another in the works, and frequently speaks to help lawyers improve their professional practices. These include The Domino Theory, a book in the Trial Guides series that explains how an attorney can successfully prove proximate cause to a jury. Edward has taken the concept even further, appearing in his own popular YouTube video, Capozzi Causation Dominos, where he presents a logical, step-by-step process for setting up and knocking down the points necessary to prove a case. This video captures Edward’s masterful approach to litigation, from initial discovery to closing argument.

Edward has received numerous accolades throughout his career, including the New Jersey Law Journal’s Personal Injury Hall of Fame Award, given in 2014, the year he obtained the state’s largest products liability verdict. Edward enjoyed perhaps his greatest run of success from 2012-2018, when he secured at least one (and as many as three) of New Jersey’s top 20 verdicts or settlements in each of those years. In 2018, Edward had one of the top 50 work accident settlements in the United States, according to TopVerdict. The New Jersey Law Journal has also recognized Edward for negotiating the largest personal injury settlement in a motor vehicle accident case in 2017.