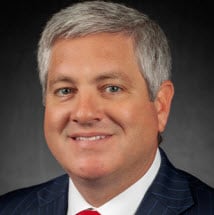 W. Michael Burnham, II, was born and raised in the Southern Judicial Circuit. He attended the Lowndes County school system through 11th grade and went on to graduate from Valwood, Valdosta’s independent college preparatory high school.

Mr. Burnham started his career with Roger J. Dodd, his professional mentor and former high school football coach, on the Monday morning following his high school graduation in 1996. He worked his way through college and law school at Mr. Dodd’s firm, where he began as a runner. He was promoted to the firm’s lead investigator prior to law school, continued his work with the firm as a law clerk while attending law school, became an associate after graduating from law school and was officially named a partner in 2008.

Mr. Burnham earned his Bachelor of Arts in English from Valdosta State University and Juris Doctor from Samford University’s Cumberland School of Law in Birmingham, AL. He continues to live within the Southern Judicial Circuit. He is married to Mrs. Stephanie Burnham, also a south Georgia native, and they have two children, Boston and Tripp.

Following his law school graduation, Mr. Burnham attended the prestigious and nationally recognized National Criminal Defense College (NCDC) at Mercer Law School in Macon, GA. He is a yearly attendee of the Georgia State Bar’s most recognized Family Law Seminar, has been hired as a consultant and has negotiated, mediated, settled and tried some of the most difficult and complex custody and divorce cases in south Georgia. He is twice certified in standardized field sobriety testing under the 2006 and 2013 National Highway Traffic Safety Administration (NHTSA) training manuals. He is certified on Georgia’s Intoxilyzer 5000 and Georgia’s Intoxilyzer 9000. He has most recently been trained and certified in NHTSA’s Advanced Roadside Impaired Driving Enforcement (ARIDE) course. This training and skill in the area of DUI allow him to consistently provide successful results for the firm’s clients.

Actively involved in the Boys and Girls Club of Valdosta