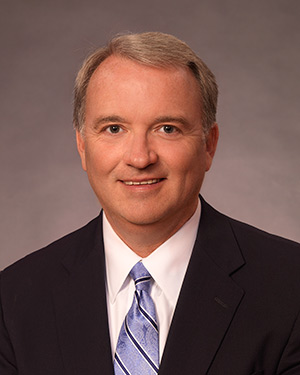 Alan is licensed to practice in Missouri and Illinois. He received his law degree from Saint Louis University School of Law and Bachelor of Arts degree in History from Eastern Illinois University.

In addition to his work at Brown & Crouppen, Alan has been a guest lecturer at continuing legal education seminars for lawyers with the Illinois Trial Lawyers Association, the National Business Institute, and the St. Clair County Bar Association. He volunteers with various charitable organizations, including previously serving as president of his local Kiwanis Society.

From 2004 to 2014, Alan was the chairman of the Democratic Party in Monroe County, Illinois. From 2008 to 2014, he was unanimously elected president of the Illinois Democratic County Chairs’ Association (ILDCCA), a statewide political organization consisting of the Democratic county chairmen of all 102 counties in Illinois. Alan also served as a delegate for President Barack Obama at the 2008 Democratic National Convention. In 2010, the national political magazine, Politics, named him one of the 40 most influential Democrats in the entire State of Illinois.