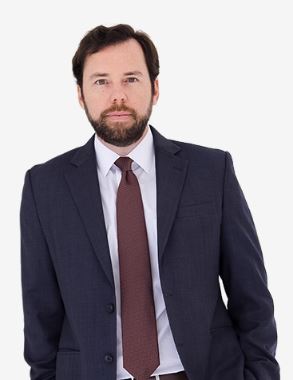 In fact, following law school, it was his brief stint with an insurance defense firm that convinced him he should be representing injured victims, not the insurance company. Appalled by the standing belief that his job was to keep the insurance company happy, Mr. Roberts quickly tired of working to deny underprivileged individuals their right to recover claims he felt were valid and he began working for those injured as a result of another’s negligence.

Thereafter, Mr. Roberts began working for a prominent plaintiff personal injury firm, where he would eventually rise to the position of partner. Mr. Roberts’ other previous employment in the legal profession include a rewarding stint at one of Houston’s oldest plaintiff’s firms, as well as clerkship under a renown and well-respected defense attorney that gave him experience on the other side of the docket. Additionally, Mr. Roberts had the opportunity in law school to intern under a prestigious District Court Judge in Harris County.

Since 2015, Mr. Roberts Mr. Roberts been named a Rising Star by Super Lawyers, and in 2019 he was inducted into the Million Dollar Advocates Forum for substantial settlement achieved in product liability case. In addition, Mr. Roberts was selected by The National Trial Lawyers Top 100, an invitation-only organization composed of the premier trial lawyers from each state or region who meet stringent qualifications as civil plaintiff trial lawyers.

Mr. Roberts holds a license to practice law before all Texas state courts and multiple Federal Courts. He is an active member of the Houston legal community, belonging to the Houston Trial Lawyers Association, Houston Bar Association, and American Association of Justice. He is a former member of a State Bar of Texas Grievance Committee, where he handled attorney investigations and disciplinary actions.

In addition to personal injury, Mr. Roberts has extensive experiencing in handling toxic tort cases, including chemical exposure and smoke inhalation claims in single plaintiff cases, as well as mass tort cases. Since 2010, Mr. Roberts has worked on three separate mass torts involving thousands of plant workers and nearby residents exposed to hazardous chemicals released from refineries and chemical plants along the Houston ship channel and Texas City area. More recently, Mr. Roberts served as liaison counsel for the neighborhood plaintiffs in the In re Chevron Refinery Fire. In this capacity, Mr. Roberts was responsible for representing the common interests of over 17,000 plaintiffs that suffered smoke inhalation and other injuries from a refinery fire in the Richmond, California area.

“We cannot expect big corporations and insurance companies to have respect for law and order, we must teach them respect by holding them accountable, especially when their negligence results in the injury of another. That’s what I try to do every day, and that’s why I love this job.” – Ben Roberts

US Court of Federal Claims

Named a Rising Star by Super Lawyers since 2015. Super Lawyers selects attorneys using a patented multiphase selection process. Peer nominations and evaluations are combined with independent research. Each candidate is evaluated on 12 indicators of peer recognition and professional achievement.

The National Trial Lawyers: Top 100 is an invitation-only organization composed of the premier trial lawyers from each state or region who meet stringent qualifications as civil plaintiff trial lawyers. Selection is based on a thorough multi-phase objective and uniformly applied process which includes peer nominations combined with third-party research. Membership is extended only to the select few of the most qualified attorneys from each state or region who demonstrate superior qualifications of leadership, reputation, influence, stature and public profile measured by objective and uniformly applied standards in compliance with state bar and national Rule 4-7., The National Trial Lawyers Top 100, 2019