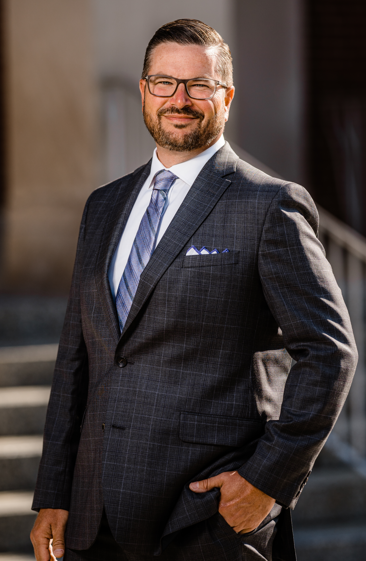 Attorney Neiderhiser is a Partner at Marcus & Mack who has always taken great pride in being a personal injury attorney because his profession allows him to fight for the rights of individuals against insurance companies, businesses, and hospitals. He believes that without trial lawyers, injury victims would not have a voice against these huge companies. He feels so strongly about the importance of this profession, that he has made “giving back” a priority which resulted in his having served as the President of the Western Pennsylvania Trial Lawyers Association. That organization is devoted to promoting the right to trial by jury and to promoting the rights of injury victims. He is honored to have served as President because of the excellent work that the organization does and because he was nominated to that position by fellow trial lawyers throughout Western Pennsylvania. He earned that respect through his tireless and zealous representation of his clients for more than two decades. That hard work, drive, and determination have also resulted in his recognition as a Diplomat of the National Trial Lawyers Association; in his selection to the National Trial Lawyers Association – Top 100 Civil Trial Lawyers in Pennsylvania every year beginning in 2013; and with his recognition by the National Association of Distinguished Counsel as a member of the “Nation’s Top One Percent”. Additionally, because of the significant results that he has obtained for his clients he has also earned a lifetime membership in both the Million Dollar Advocates Forum and the Multi-Million Dollar Advocates Forum. Membership in these organizations is limited solely to attorneys who have attained million and multi-million dollar results for their clients.

U.S. District Court for the Western District of Pennsylvania

U.S. District Court for the Middle District of Pennsylvania

Pennsylvania Association for Justice, Board of Governors, 2013- 2015

FORMER – Seeds of Faith Christian Academy, Board of Directors