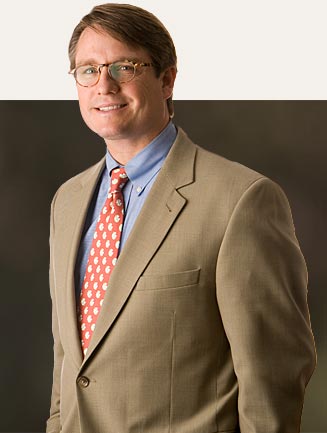 Curt Pajcic spent four years as a prosecutor before joining The Law Firm of Pajcic & Pajcic in 1999. He has been lead attorney in hundreds of litigated cases with total recoveries in excess of $30 million. Curt graduated with high honors from the University of Florida and with honors from Florida State University Law School.

Curt is an AV Preeminent attorney. He once considered becoming an architect but then realized his true passion was in helping people. So, he changed paths to study law and follow in the footsteps of his father and uncle. It was the right decision for him. For the past two years, The National Trial Lawyers has put him on the list of Top 100 trial lawyers.

When he is away from the office and courtroom, Curt is all about family and sports. Curt played all kinds of sports growing up, but now is mostly just sticking to golf. He also loves coaching his kids in their sports, including travel baseball where his team finished third in the state. Curt and his wife Joanna have 3 children. Curt is also an avid Seminole fan.

In addition to coaching in several youth leagues, Curt serves on the Gator Bowl Committee and on the Board of Visitors for Florida State College of Law. He is also involved in the Desire Street Ministries, which helps transform impoverished urban neighborhoods into flourishing communities.

Trucker Pays $7 Million Even Though Not Charged With Accident

$950,000 for Fractured Ankle Because Truck Driver on Cocaine

Laborer Gets $1 Million Policy Limits after Fall from Scaffold