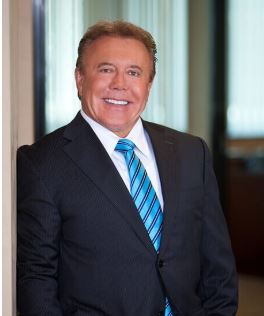 Mr. Frantz and co-counsel have put their trial-tested representation and unmatched experience to work, securing landmark verdicts and settlements, including:

A recent $55.4 million jury verdict awarded to the families of four marines who were killed as a result of the negligence of San Diego Gas & Electric Utility*

A professional negligence jury verdict of $223 million*, which is the second largest jury verdict in San Diego County history

A class action verdict of $18 million* – Mr. Frantz’s expertise was sought by Congress where he was requested to testify as a product liability expert with respect to litigation against a product manufacturer in which he (along with co-counsel) recovered an $18.5 million verdict.

AWARD-WINNING REPRESENTATION WORKING FOR YOU

Nominated for Top Attorneys 2015 in the Academic practice category

American Board of Trial Advocates (ABOTA)

Master, William B. Enright Chapter of The American Inns of Court (EIOC)

James P. Frantz, is also a proud sponsor of Impact Teen Drivers. Since 2007, Impact Teen Drivers has emerged as a leading non-profit organization dedicated to reversing this pervasive yet 100% preventable crisis. Impact’s mission is to change the culture of driving forever thereby saving lives not only in this generation of drivers, but also in all future generations of drivers.

Impact Teen Drivers endeavors to do this through a nationwide educational program that confronts the dangers and consequences of reckless and distracted driving. With manifold free online materials, and direct training available, its unique grassroots framework empowers people to make meaningful behavioral changes in their own driving habits, as well as to promote safe driving in their community.

James works alongside the following board members of Impact Teen Drivers: