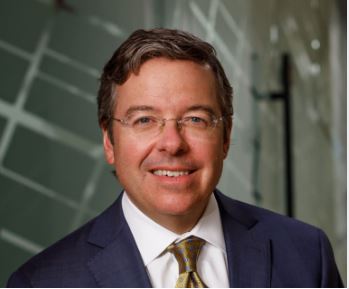 A tireless advocate, Jason has built a distinguished career protecting personal injury victims for more than 25 years. His natural instincts as a trial lawyer and his determination to achieve justice for the injured have enabled him to achieve numerous record-setting jury verdicts and settlements on behalf of his clients.

In 2016, Jason and partner Chris Guedri obtained a $42 million settlement for three men who were seriously burned and the family of one man who was killed as a result of a workplace explosion. This recovery was the largest personal injury settlement in Virginia that year. In 2014, Jason obtained a $22 million settlement on behalf of a boy who suffered paralysis and brain injuries in a crash with a dump truck. This recovery is the largest personal injury settlement in Virginia history involving a vehicular accident, according to Virginia Lawyers Weekly.

An accomplished writer and former law review editor, Jason has successfully argued before the Virginia Supreme Court and the Fourth Circuit Court of Appeals. He is also admitted to practice before the United States Supreme Court.

Jason has received a long list of accolades. Each year, Virginia Lawyers Weekly honors a class of lawyers who have made important contributions to Virginia’s legal community by recognizing them as Leaders in the Law. Jason was honored to be selected as a 2019 “Leader in the Law.”

In 2017, Jason was honored with induction to the exclusive International Academy of Trial Lawyers, a fellowship of elite trial lawyers representing both plaintiffs and defendants, where he was recognized for his legal accomplishments and standards of honor and integrity in the legal profession. Membership in this group is limited to 500 attorneys worldwide.

Jason is also proud to be among the attorneys at Allen & Allen named to Best Lawyers in America, a publication considered by many to be the preeminent guide to legal excellence in the United States. Jason is also listed in Virginia Super Lawyers and has been included on their Top 10 list for the state of Virginia since 2016.

Jason has been involved in the Virginia Trial Lawyers Association (VTLA) throughout his career. He has chaired numerous committees and served as President from 2019 to 2020. He remains active as a past president and board member. VTLA is a voluntary bar association dedicated to enhancing the knowledge, skills, and professionalism of trial lawyers and improving the law and the fairness of Virginia’s justice system.

Jason enjoys speaking at area schools regarding the civil justice system, and he received the Robert Bonsignore Public Service Award for the development of The Road to Justice educational video on the dangers of drunk driving. He also speaks to bar groups on topics related to public safety, tractor-trailer crashes, jury selection, among other topics.

Jason is a member of both the Virginia and District of Columbia Bar Associations, and he has litigated with the assistance of local counsel in numerous states, including California, Maryland, West Virginia, New Jersey, Georgia, Mississippi, Pennsylvania, and Texas.

Jason and his wife Karen live in Richmond with their twin sons. Jason enjoys spending time with his children, traveling with his family, running, and listening to live music. Jason, who was born in Texas and raised in Arkansas, also has an interest in the outdoors and food and wine.

Supreme Court of the United States

Board Certified as a Civil Trial Advocate, National Board of Trial Advocacy (2006 – Present)

Board Certified in Civil Pretrial Practice Advocacy, National Board of Trial Advocacy (2012 – Present)

American Board of Trial Advocates

Trucking Litigation Group of the American Association for Justice

“The Top 10 Reasons Why Mediations Fail,” Bar Association of the City of Richmond, Richmond, Virginia (May 19, 2010)