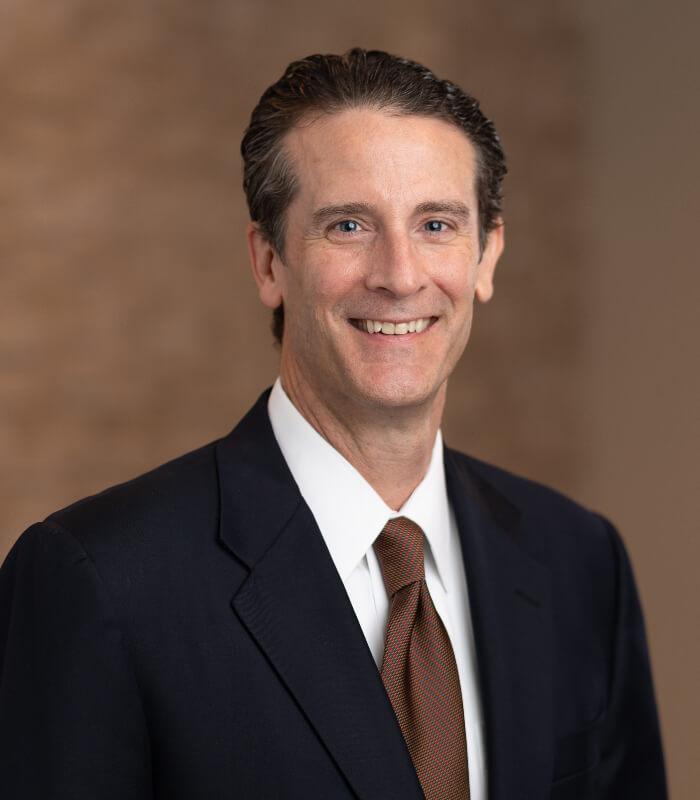 John Spillane possesses over twenty-five years of experience litigating wrongful death and catastrophic personal injury matters in jurisdictions across the United States. With a background in claims based upon exposures to dangerous and harmful chemicals and minerals, John applies a foundation of thorough investigation and research to every case that he handles.

John’s knowledge of scientific principles and expertise in the courtroom has been recognized by his peers and independent publications. John has been recognized as a top litigator by the National Trial Lawyers as well as several independent publications, including Texas Monthly’s Super Lawyers list. He is also AV Preeminent rated by Martindale Hubbell based on review of his legal peers and the judiciary.

John believes that a lawyer should represent his clients not only in the courtroom, but at the legislative level as well, and he has been actively involved in the American Association for Justice, as well as several state trial lawyer associations in jurisdictions across the nation. He was lead counsel in trial court proceedings in Georgia that held a state statute unconstitutional, a decision ultimately upheld by the Georgia Supreme Court. John has further worked to protect the rights of his clients by consulting with legislators or appearing before legislative committees in four different states, as well as on a national level.

John graduated from Trinity University in San Antonio, Texas in 1988, where he represented the school as a member of its varsity basketball team for four years. During his tenure, John was named Academic All-American, team captain, and team MVP. He later received his J.D. from Southern Methodist University in 1993, and he currently resides in Dallas with his wife Stephanie and son Jack.

John can assist clients who are dealing with injuries and damages from the following types of accidents, among others:

Reporting Requirements for Medicare and Beyond: The Good, The Bad and The Ugly.” Harris Martin Louisiana Asbestos Litigation Conference. New Orleans, Louisiana, 2011.