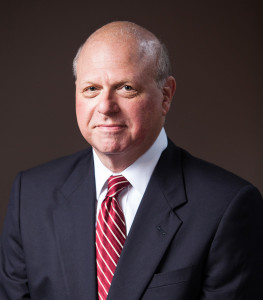 Lawrence Flick is the founder, Senior Attorney and Litigation Director of Flick Law Firm established in 1989. He graduated and received his J.D. degree from the University of Kansas Law School in 1982 and has more than 35 years of broad-based legal experience in private law firms and for the government. Lawrence has represented personal injury clients in jury trials in federal and state court and has argued appeals before the Kansas Supreme Court and Kansas Court of Appeals.

Lawrence is admitted to practice in Kansas, Missouri, District of Columbia (inactive), the United States Courts of Appeals for the 8th and 10th Circuits and United States District Courts for Kansas, Colorado, and Western Missouri. He is recognized as a Top 100 Trial Attorney by the National Trial Lawyers. Lawrence is rated a perfect 10.0 (Superb) by the legal website Avvo and has received 5 star client reviews on AVVO with comments like: “Amazing Attorney!!” and “Excellent Truck Accident Lawyer”. He is also a recipient of the Jackson Family Award of Service.

For more than 20 years Lawrence has successfully represented people injured in truck crashes like rear end collisions, sideswipes and intersection collisions involving several semis, one semi and smaller trucks operated by large, medium-size and small trucking companies. One of Lawrence’s important trucking cases, Stewart v Mitchell Transport, involved a somewhat novel issue the 1980 Motor Carrier Act. The Federal court’s decision on this question has been cited numerous times by Federal and state courts around the country.

Lawrence has been recognized a Top 10 Trucking Trial Lawyer by the Trucking Trial Lawyers Association. He has completed specialized U.S. Department of Transportation training for trucking cases on Federal Motor Carrier Safety Regulations, truck crash investigation and truck inspection. He is a member of the Association of Plaintiff’s Interstate Trucking Attorneys and the Academy of Truck Accident Attorneys,has completed national level continuing education programs presented by them, the American Association for Justice and others.

Car and Other Vehicle Accident Cases

Admitted To Practice Before

United States District Court for the Western District of Missouri

10 out of 10 Superb Rating by Avvo – Trucking Accident

10 out of 10 Superb Rating by Avvo – Personal Injury