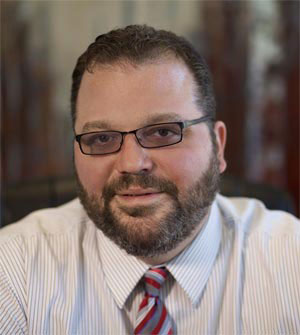 Mike has many years of experience as a partner at one of the Upper Valley’s personal injury law firms and is passionate about helping injured persons get the compensation they deserve. Mike is uniquely caring and personally supportive of his clients while at the same time diligent, aggressive and knowledgeable in fighting the insurance companies in personal injury and workers’ compensation cases throughout Vermont and New Hampshire. Being licensed to practice in both Vermont and New Hampshire affords Mike tremendous flexibility when handling complex personal injury cases that have jurisdictional overlay between the states, which happens quite often as Vermonters are regularly injured in New Hampshire and vice-versa.

Mike grew up outside New York City, and attended Vermont Law School. While studying, he fell in love with Vermont and decided to stay and join an injury law practice in the area, where he quickly became a partner. After several very successful years handling cases in both Vermont and New Hampshire, Mike opened his own Injury and Workers’ Compensation Law Firm in his own image. Mike sought to create a law firm that distinguished itself from so many other upper valley injury firms and settlement mills that go several years without ever facing a jury, or do so blindly. That is why Mike determined that Sabbeth Law would place an emphasis on the study and practice of cutting edge trial practice to afford the best possible representation for his clients. Within months of starting Sabbeth Law, Mike brought a case to court and jury that had previously been outright denied by the defendant insurance company. Utilizing the the practice of running focus groups, training through the Spence Trial Lawyers College (and the support of its local graduates), the vigorous study and practice of all forms of trial technique, and the use of medical illustration and animation, Mike won a 7-figure settlement the day after conducting voir dire, before calling his first witness. The initial offer was zero. The result was justice. And that is why Mike created Sabbeth Law.