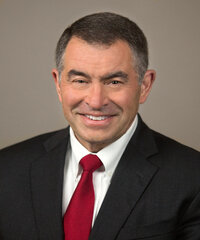 Randy holds the highest ratings from the Martindale-Hubbell and AVVO attorney rating services. Texas Monthly regularly lists Randy as one of its “Texas Super Lawyers,” the National Trial Lawyers lists him among its “Top 100 Trial Lawyers,” and he is listed in the Bar Register of Preeminent Lawyers. He is also:

Fellow of the College of the State Bar of Texas

Fellow of the Texas Bar Foundation

Fellow of the American Bar Foundation

Advocate of the American Board of Trial Advocates

Randy has been recognized in Time, Newsweek, Ladies Home Journal, and the Texas Lawyer as well as on CNN and NBC’s Dateline for his role in uncovering the documents that led to the recall of the Firestone Radial ATX and Wilderness lines of tires. His ground breaking case against Firestone is featured in McGraw-Hill’s college textbook on corporate crime entitled Criminology and the Criminal Justice System. Because of his role in important product liability cases, Randy has more recently appeared on “Fox & Friends,” ABC’s “Good Morning America,” CNN’s “American Morning,” MSNBC, Fox Business News, “Geraldo at Large,” and CNBC. He has also been consulted on current legal issues by The Wall Street Journal, USA Today, Business Week, Bloomberg News, and The Associated Press.

Randy has frequently lectured at advanced personal injury seminars. He has spoken in the “Stalwarts’ Hall of Fame” at the annual convention of the American Association for Justice and at their annual “Weekend with the Stars” program, where the nation’s most distinguished trial attorneys are showcased. He has written numerous papers and speaks on such topics as products liability and investigating major personal injury claims. He was one of only 12 trial attorneys in the nation to originally earn the Master of Trial Law “Champion” recognition from the National College of Advocacy because of his commitment to continuing legal education. He currently serves on the State Bar of Texas Pattern Jury Charge Committee, which drafts the legal instructions that judges give juries to decide civil cases.

Randy has represented clients in cases arising in Europe and the Middle East as well as across America, including Arizona, Arkansas, California, Florida, Georgia, Hawaii, Illinois, Louisiana, North Dakota, Oklahoma, Pennsylvania, South Dakota, Texas and Wyoming. He is also admitted to practice before U.S. District Courts, the U.S. Fifth Circuit Court of Appeals, the U.S. Court of Federal Claims, and the U.S. Supreme Court as well as licensed to practice in all Texas Courts.

Randy began his legal career in 1979 in Houston with the law firm of Fulbright & Jaworski. He returned to his home town of Tyler in 1982 to eventually form the law firm now known as Roberts & Roberts, which specializes in helping people injured by unsafe practices and products.

Randy received his Bachelors in Business Administration (B.B.A.) from the University of Texas at Austin with Highest Honors in 1976, where he was named one of its “Outstanding Students.” He went on to receive his Doctorate of Jurisprudence (J.D.) from the University of Texas School Of Law at Austin in 1979, where he also served on the Texas Law Review and in its Order of the Barristers.

Randy graduated from Robert E. Lee High School in Tyler, Texas. He is married and has three sons, of whom he is very proud. Randy served for more than 30 years on the board of directors of a local sheltered workshop for the disabled (n/k/a Goodwill Industries of East Texas, Inc.), as a Cub Scout leader for more than 15 years, and as a coach for a local high school mock trial team for more than 9 years. Randy enjoys spending time with his family, and when time permits, he also enjoys running.