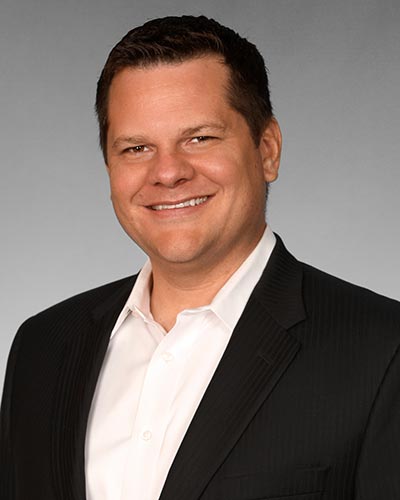 Richard W. James has a proven track record of success in obtaining maximum recoveries for his clients. His past case results caused him to be recognized by other lawyers as an AV Attorney (the highest possible rating) from Martindale in the areas of personal injury law and litigation.

Richard has successfully tried cases in both State and Federal Courts. In order to obtain the maximum value for your injuries, the opponent must know that you are willing to take the case to trial. When you hire our firm they will know that refusing to pay you for your injuries will land them in front of a jury.

When the Wichita Public Schools were forced to bring lawsuits against certain contractors for faulty construction they chose to hire Richard as lead trial counsel. After a lengthy two year battle in litigation the defendants agreed to pay more than *$2.4 million dollars in damages. In 2010, in a commercial litigation case, he obtained a verdict in the amount of *$265,992.00 against an advertising firm. In this case, he was successful in obtaining a verdict that "pierced the corporate veil" and held the president of the company personally liable. Prior to trial, the defendant only offered $10,000.00 to settle the case.

In a case that concluded in 2010, Richard and Dustin tried a three week jury trial between two companies and obtained a verdict in excess of *$1,000,000.00. Immediately prior to trial, the defendant offered nothing in settlement and asserted that no recovery would be obtained for their client. The defendants even appealed the case to the Tenth Circuit Court of Appeals in Denver, Colorado. The Tenth Circuit denied their appeal, entered judgment against the defendants and added additional attorney fees and expenses for the conduct of the defendants.

After preparing cases for trial and showing the opposition you will not settle for less than fair compensation for your injuries, most cases are settled without the need for a trial. However, you need to be sure your attorney is willing and able to take your case to the jury. In the last three years settlements were obtained for his clients in excess of five million dollars. He is willing to take cases on a "no recovery, no fee" basis in order to allow all individuals access to the legal system. This minimizes the risk to his clients.

Based upon his willingness to take cases to trial and courtroom success, Richard was recognized by the National Trial Lawyers as a Top 100 Trial Lawyer for six years running. Super Lawyers Magazine has selected him as a Super Lawyer and a Rising Star. Richard was selected for inclusion in the 24th Edition of The Best Lawyers in America© for his work in Plaintiffs - Personal Injury Litigation. The American Society of Legal Advocates and the National Academy of Personal Injury Lawyers have recognized him as a Top Trial Lawyer in Kansas. In 2009, he was selected by the Wichita Business Journal to its annual "40 Under 40" class selecting business leaders under the age of 40 who exhibited excellence in their profession. In 2005, he was chosen to participate in Leadership Wichita, a program by the Wichita Chamber of Commerce to identify leaders who positively impact the Wichita Community.

Richard and his wife Rachel, have one daughter, Abbey and one son, Jackson, and are very active in the community and their local church. He serves on the Board of Trustees of York College and formerly served on the Board of Directors of the Carpenter Place (formerly known as Maude Carpenter Children’s Home) in Wichita, as Chairman of the Church Finance Committee and as a Deacon at his church.

* Prior results in an earlier case do not guarantee or suggest a similar outcome in future matters the lawyer may undertake.