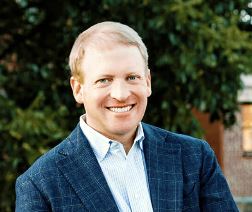 Robert F. Glass is a partner at Glass & Robson, LLC, one of the premier plaintiff’s personal injury firms in Georgia. Robert’s practice focuses exclusively on representing individuals who have been seriously injured or killed by the negligence of others. Since beginning his plaintiff’s practice in 2010, Robert has recovered millions of dollars for his clients.

Robert uses his past experience of representing insurance companies and multinational corporations to achieve the best result possible for his clients. Robert has litigated and tried cases on behalf of plaintiffs and defendants in the past and has a special passion for the courtroom.

Robert is AV Preeminent rated by Martindale Hubbell, which identifies the most capable and ethical lawyers in practice. Robert has been nominated by fellow lawyers in Georgia as a Georgia Super Lawyers Rising Star every year since 2011, an honor limited to 2.5% of attorneys state-wide. Robert has been honored with The National Trial Lawyers’ “Top 40 Under 40” and “Top 100 Trial Lawyers” every year since 2012. Robert is a member of American’s “Top 40 Under 40”, America’s “Top 100 Personal Injury Attorneys,” and America’s “Top 100 High Stakes Litigators”. Robert frequently speaks and presents on various personal injury litigation issues and trial tactics based on his past successes. He has completed the American Association of Justice’s “Ultimate Trial College” at Harvard Law School.

In his spare time, Robert enjoys spending time with his wife and three children. Robert is also an avid outdoorsman, having completed a semester course with the National Outdoor Leadership School (NOLS) in Alaska in 2002, an experience he credits to his work ethic and success.

All State and Superior Courts of Georgia