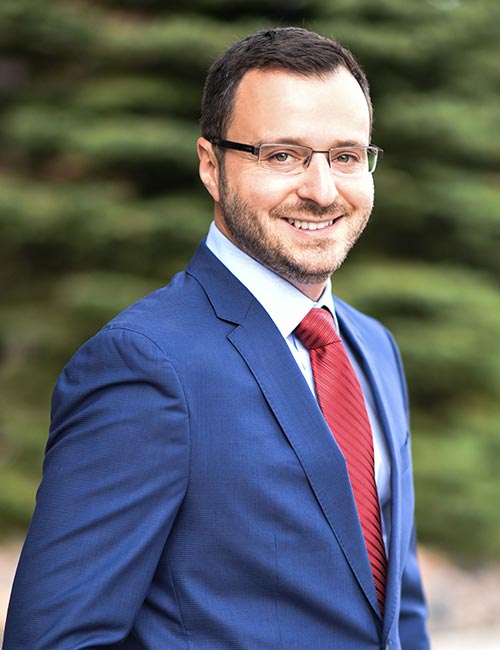 From early on in his life, Roman was a problem solver. He is the person his family and friends seek out when they need some well-thought-out advice.

Roman immigrated to the United States with his family when he was nine years old. His experience as an immigrant has shaped his outlook on life and drives him to help people that he feels are being treated unfairly or exploited. Roman will work hard to make sure that every client is treated fairly. He is fluent in Russian and can help represent the interests of Russian speaking clients who may not be fluent in English.

What Roman likes best about working in the field of auto injury recovery is getting to know his clients and working with them to meet their needs as he pursues their personal injury claim. Prior to becoming a lawyer, Roman was involved in a couple of motor vehicle accidents himself. His experience dealing with the insurance companies and attorneys after those accidents makes him understand the case from the client’s perspective.

Roman is genuinely concerned and interested in your difficult situation; how to start to repair some of the damage in your life created through an accident that was not your fault. He strives to achieve that “symbol of justice”, a solid settlement for you. A cash settlement can never be true justice, but it symbolizes an important step, a financial boost on your road to recovery.

In his spare time, Roman enjoys spending time with his wife and two children. He is an active member of his community and supports several non-profit organizations through donations and volunteering. Roman and his family are strong believers in giving back to the community and supporting all those around us. Roman also enjoys riding his motorcycle and taking it to the beautiful Colorado mountains. He is very passionate about helping children and is a long time contributor to Children’s Hospital of Colorado.