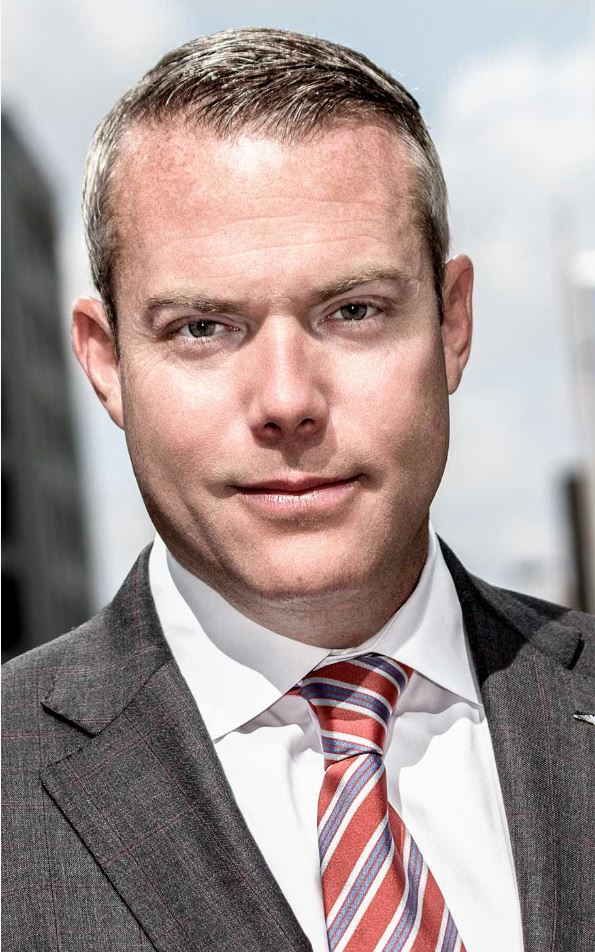 The principal attorney at his own law firm in Dallas, Texas, Ron McCallum focuses his practice exclusively on personal injury and wrongful death litigation. He represents people throughout the metropolitan area, as well as other parts of the state who have suffered harm as the result of negligence of other parties. The types of cases that Mr. McCallum has been involved in have included bus, truck and other commercial vehicle crashes, toxic exposure, product liability, refinery explosions, airplane crashes, and construction site and oilfield injuries.

Throughout his career, Mr. McCallum has been able to obtain numerous sizable settlements and jury awards on behalf of his clients. One notable lawsuit resulted in a jury award of nearly $19 million against Greyhound Lines, Inc., in a case involving a Greyhound bus that lost control on a road covered with ice, catastrophically injuring two of his clients. As a result of his successes, Mr. McCallum is a member of the Multi-Million Dollar Advocates Forum, and he has been awarded an AV Preeminent* peer review rating through Martindale-Hubbell and a 10.0 'Superb' peer review rating through Avvo. He has also been named to The National Trial Lawyers: Top 40 Under 40.

Mr. McCallum attended The University of Oklahoma on an academic scholarship and obtained a Bachelor of Arts in 1997. He then pursued his legal education at South Texas College of Law and was awarded his Juris Doctor in 2001. Mr. McCallum spent several years at leading personal injury law firms before founding Ron McCallum & Associates PLLC in January 2018. Admitted to practice before all Texas and Oklahoma state courts, he is also admitted to practice before the U.S. District Courts for the Northern and Eastern Districts of Texas. An accomplished pilot, Mr. McCallum is a member of the Aircraft Owners and Pilots Association as well as several legal organizations.

I have likely tried a case with facts just like yours… and won.

In the last few years, as a trial lawyer, I have secured five multi-million dollar verdicts over$ 26 million. These verdicts were obtained against aggressive and well-funded opponents, some of whom were billion dollar corporations. I have also turned serious injury cases into large settlements and verdicts in favor of my clients. Attorneys across the country have trusted me to handle their most serious cases at every stage of litigation. My trial success includes the largest verdict ever against Greyhound Inc., a unanimous verdict that was also the #1 largest motor vehicle verdict in the State of Texas and Dallas County for 2011.

Ron McCallum was born in Dallas, Texas and attended high school at Missouri Military Academy. He followed two majors at the University of Oklahoma, Sociology and Professional Aviation. After graduating from the University of Oklahoma in 1997, he began his career as a professional pilot. While maintaining his career as a pilot, he earned his Juris Doctor degree from South Texas College of Law in 2001, where he was a member of the International Law Journal.

Ron’s original practice consisted of representing aviation entities and pilots, while maintaining his aviation career as a full-time pilot instructor and charter captain. Ron then broadened his practice and joined a highly regarded firm where he became a catastrophic personal injury trial attorney, Director of Firm Aviation and Chief Pilot.

Throughout his career, Ron has tried numerous catastrophic injury cases to a successful jury verdict. Ron’s trial successes include the case of Ashley Reedy and Janie Reeves vs. Greyhound Lines, Inc. and Rashad Armand Nichols; Cause No. 09-09239, 193rd District Court, Dallas County, Texas. In December of 2011, the jury in this case returned a unanimous verdict for both actual and punitive damages in an amount that qualified it as the No. 1 largest accident verdict in the State of Texas and Dallas County in 2011.

The clients in this case were injured when a Greyhound bus lost control on an icy road in December 2007. Ron’s courtroom victory against Greyhound came after a three-week trial, wherein the jury awarded over $18.6 million, including $9 million in punitive damages. This was the largest verdict ever awarded against Greyhound and was covered by news media all over the country, including Dallas Morning News, Channel 11 news, Lawyers USA, and VerdictSearch to name a few.

Again in January of 2013, Ron tried the case of Ken and Martha Zeiler, Joe Zeiler, and the Estate of Mary Mabry v. Barron Thomas, Agnes Clarke, Barron Thomas Aviation Inc., et al.; Cause No. CC-09-03492, Dallas County Court at Law No. 3. In this case concerning breach of contract, fraudulent inducement and “Ponzi” scheme allegations, Ron obtained a verdict of $867,880.20, including $250,000.00 in punitive awards against the Defendants.

Yet another important verdict came on April 24, 2014 in the case of Bobbie Bush v. R&L Carriers, Inc., et al; Cause No. DC-11-16041, 298th District Court, Dallas County, Texas. A 41-year old Mississippi woman was seriously injured when her pick-up truck rolled over after it was read-ended by an 18-wheel tractor-trailer driver.

The jury in this case found that the truck driver, who had two previous rear-end collisions, was grossly negligent. The jury also found that his employers, Greenwood Motor Lines, Inc. doing business as R&L Carriers, were also grossly negligent in failing to properly supervise and train their driver. The client was awarded over $4.1 million.

This case was also unique in that Ron held the largest privately held trucking company accountable under both a general negligence standard and by clear and convincing evidence for gross negligence findings against both the driver and the company.

Most recently in April of 2017, Ron obtained the second largest recovery in the history Lubbock County Texas. A notoriously conservative venue. Despite overwhelming odds for his client, Ron was able to resolve a motor vehicle case for over $6.4 million dollars.

Ron’s success in the courtroom reflects in being awarded the highest possible rating in both legal ability and ethics by Martindale-Hubbell (AV Preeminent), as well as being selected as a “Super Lawyer” for the last five consecutive years. Ron was also selected as a “Texas Rising Star” by Super Lawyers (a Thompson Reuters publication) in 2011, 2012 and 2013, which is an honor limited to the top 2.5 percent of lawyers in the State of Texas. Most recently, Ron was selected as one of the top trial lawyers in Texas by The National Trial Lawyers Association, an organization that limits membership to the top 40 trial lawyers in each state.

Are you ready to get help?

The insurance companies are more than happy to play the waiting game hoping you'll give up. Don't wait and let the window of opportunity close on getting what you deserve. Contact us today and let's talk about next steps and a process to help you gain some peace of mind.