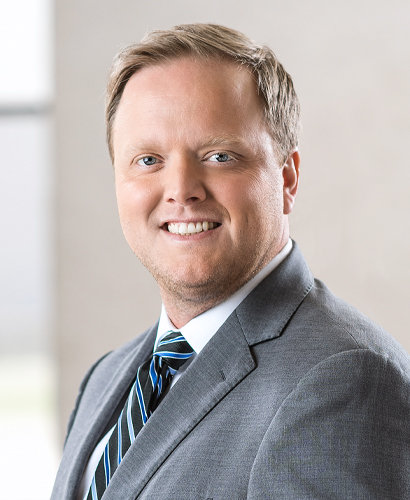 Mr. White is a frequent guest lecturer on how to represent victims of heavy truck wrecks in New Mexico and Texas. Additionally, he authored the New Mexico Truck Crash Law Overview for the AAJ Interstate Trucking Litigation Group.

Mr. White became partner at Liles White PLLC in 2016. Prior to entering private practice, Mr. White was a law clerk for the Honorable Andrew S. Hanen, United States District Judge for the Southern District of Texas. While clerking, he gained invaluable insight into legal writing and research, as well as the daily activities of the courtroom.

Mr. White was a member of the Silver Spurs, an honorary service organization, during his undergrad at the University of Texas at Austin. After graduation, he attended Baylor Law School and graduated with honors. During law school, Mr. White served as Senior Executive Editor of the Baylor Law Review. His article “Guitar Holding: A Judicial Rewrite of Chapter 36 the Texas Water Code?”, published in the Baylor Law Review, was selected as the best student-written article on agriculture by the American Agricultural Law Association.

When not helping those in need in his law practice, Mr. White’s passions are his wife, three young kids and rescue dog. In addition, Mr. White loves spending time at his family ranch in Uvalde when he can.

United States Court of Appeal for the Fifth Circuit

United States Court of Appeal for the Tenth Circuit

In 2017, Mr. White obtained a $7 million trucking verdict in New Mexico on a $0 offer case. He resolved the case against a previous defendant for a confidential settlement that was in excess of the later verdict.

Mr. White served as trial counsel in a four-fatality commercial motor vehicle and road construction case that resolved favorably with one defendant in the first week of trial and with the second defendant in the second week of trial. The defendants refused to accept responsibility and offered $0 until a week before the trial. The case settled confidentially well into 7 figures.

Mr. White has and continues to represent victims of oilfield-related deaths, including crashes involving oil field trucks and injuries and deaths arising from unsafe working conditions in oil field and gas pipeline facilities and locations. He has represented clients in cases against most of the large oil and gas producers and service companies, including but not limited to Targa Resources, DCP Midstream, Pioneer Natural Resources, H&P, Anadarko Resources, Chesapeake Energy and others.

Mr. White has been the lead attorney on multiple tractor trailer and company vehicle cases that settled favorably within the year of the crash for amounts in excess of $5 million and $10 million.

Mr. White was the sole brief writer on issue of first impression in El Paso federal district court concerting MCS-90B endorsement coverage arising from a trucking incident. He won a trial court decision stating that the federal MCS-90B endorsement obligated the insurer to satisfy $5million of the underlying state court judgement. Mr. White obtained a substantial and favorable settlement after briefs were filed with the Fifth Circuit Court of Appeals.

Mr. White has served as the plaintiff’s lead counsel on numerous pending cases in both federal and state cases across the country.

Doctor of Jurisprudence, with honors

Texas Trial Lawyers, Board of Advocates

“The Who, What, When, Where and Why of Trucking Liability Experts”, Kentucky Justice Association, Big Truck Crash Litigation

“The Who, What, When, Where and Why of Trucking Liability Experts”, Kentucky Justice Association, Big Truck Crash Litigation

“How to Turn the Trucking Case Into a Case About Corporate Responsibility, the $37M Verdict”, New Mexico Trial Lawyers Association’s Verdict Just In!

“How to Turn the Trucking Case Into a Case About Corporate Responsibility, the $37M Verdict, Houston Trial Lawyers Association