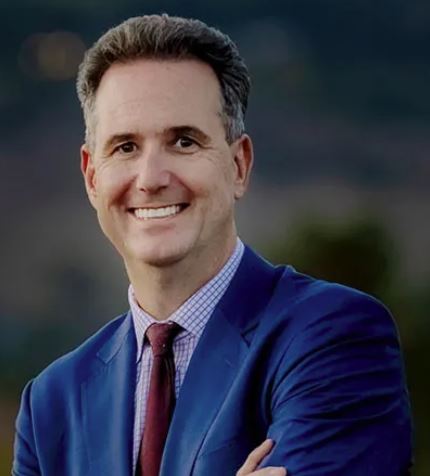 For over 25 years, Timothy R. Bussey has built a reputation as one of Colorado’s top criminal defense attorneys. He has served in the U.S Air Force, is a nationally published author on legal strategies, and is highly rated by top legal organizations for his experience, professional achievements and ethical standards.

Why has Mr. Bussey chosen criminal defense? Criminal charges put the accused in a position of vulnerability, and in most cases the person charged has little choice but to put trust in defense counsel's diligence and loyalty. Mr. Bussey takes pride in fulfilling that trust. Likewise, criminal defendants often find the deck is stacked against them. This puts a lawyer's wits and dedication to a satisfying test.

Mr. Bussey is nothing if not energetic. Despite the demands of a busy law practice, he enjoys making time for his family and coaching his kids' junior basketball teams.

Mr. Bussey graduated from the University of Iowa, College of Business, in 1988, majoring in Finance. He received the Air Force ROTC Scholarship and was a member of the Phi Eta Sigma Honor Society. In 1991, Mr. Bussey graduated from Illinois Institute of Technology Chicago-Kent College of Law, Chicago, Illinois. He was admitted to Illinois Bar in 1991 and to the Colorado Bar in 1994.

Timothy Bussey has earned the ACS Forensic Lawyer-Scientist Designation in the state of Colorado. He is also certified to operate and maintain the Intoxilyzer 5000, is a certified NHTSA Field Sobriety Test Instructor, and is certified in Forensic Chromatography.

Mr. Bussey's more than two decades practicing in different capacities within the field of criminal law makes him highly effective in what has ultimately become his chosen mission: counseling the accused. Mr. Bussey can protect your rights in the areas of:

As a result of his dedication to the practice of criminal defense law, Timothy Bussey has been recognized by professional organizations through awards and high ratings. The selection process usually involves independent research, peer nominations and industry recognition. These awards include a “Top 100” rating by The National Trial Lawyers Association, an “AV” rating by Martindale-Hubbell, a “10 Superb” rating by Avvo and being selected as a “Top Attorney in Colorado” by the Denver Post.

In addition, Mr. Bussey has achieved membership into some of the most prestigious legal organizations in the country. Membership to these organizations is only extended to those top attorneys in the nation who pass a rigorous selection process. These include membership into The Million Dollar Advocates Forum, Super Lawyers®, The National College for DUI Defense, The National Association of Criminal Defense Lawyers and is an appointed Colorado State Ambassador by the DUI Defense Lawyers Association.