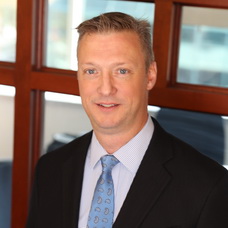 Bill handles personal injury claims resulting from car accidents, motorcycle accidents, truck or tractor trailer accidents, pedestrian knockdown accidents, car versus bicycle accidents, slip and fall accidents, including accidents involving wrongful death and injuries to the brain and spinal cord. He represents injured victims of drunken drivers, distracted drivers, drivers who operate vehicles under the influence of drugs, drivers talking while driving, and drivers texting while driving. He appears for those whose lives have been permanently altered by individuals, partnerships, companies and any other legal entity that manufactures, distributes, sells or produces dangerous products, commits medical malpractice and is responsible for workplace accidents. He graduated from Fairfield University in 1989, where he was an associate justice of the Fairfield University Student Court. He received his law degree in 1992 from Albany Law School, of Union University. While at Albany Law School, Bill participated in the moot trial court competition and externed for the Honorable Lawrence E. Kahn of the Supreme Court for the State of New York.

After graduating from law school, Bill worked for the law firm of McMahon & Walsh, PC in Manchester, Connecticut. In 1995, he accepted a position with Allstate Insurance Company, where he defended Allstate and individuals insured by Allstate in motor vehicle accident cases, slip and fall cases, personal liability claims, and uninsured motorist claims. While at Allstate, he completed an in house trial advocacy program presented by the National Institute for Trial Advocacy. He was promoted to Senior Trial Attorney in August of 1998 and defended personal injury cases in the Stamford, Fairfield and Waterbury Superior Courts. He joined Wofsey, Rosen, Kweskin & Kuriansky, LLP as a litigation associate in October 2000, and committed himself to protecting the victims of negligent, reckless and intentional conduct. He has tried over thirty jury cases to verdict. He became a partner in January, 2007.

Bill is committed to community service and volunteers time to serve the citizens of Fairfield County as a member of the Knights of Columbus, Blessed Pope John XXIII Council. He is a lector at St. Jude’s Roman Catholic Church in Monroe, CT. He is a former member of the Board of Directors for the Fairfield County Bar Association.